In 1987, two clients wanted to be adjacent to one another but didn’t want to be located within either Valmont or Humboldt Industrial Park, so CAN DO took them to a 200-acre tract of land it owned near McAdoo, a few miles south of downtown Hazleton on Route 309. This land belonged to CAN DO since the '60s, but hadn't been developed. Once these clients expressed an interest in the site, the economic development agency obtained a $1.5 million grant from the state to develop infrastructure in the park.

The McAdoo Industrial Park opened in 1989 and consists of generally level land with plenty of green areas.

For businesses not requiring immediate access, McAdoo Park offers a wide range of lot sizes and is only one-half mile from State Route 309, just south of Hazleton, and three miles from Exit 138 of Interstate 81. The park also has access to State Route 424 (the Greater Hazleton Chamber of Commerce Beltway), which links State Route 309 and Interstate 81.

McAdoo Industrial Park is less than a mile from State Route 309. Two interchanges along Interstate 81 are just over a mile away in each direction. The Greater Hazleton Chamber of Commerce Beltway (State Route 424), which links Route 309 and I-81 just north of McAdoo, increased access to the McAdoo park. The junction with Interstate 80 is about 12 miles north of this park. 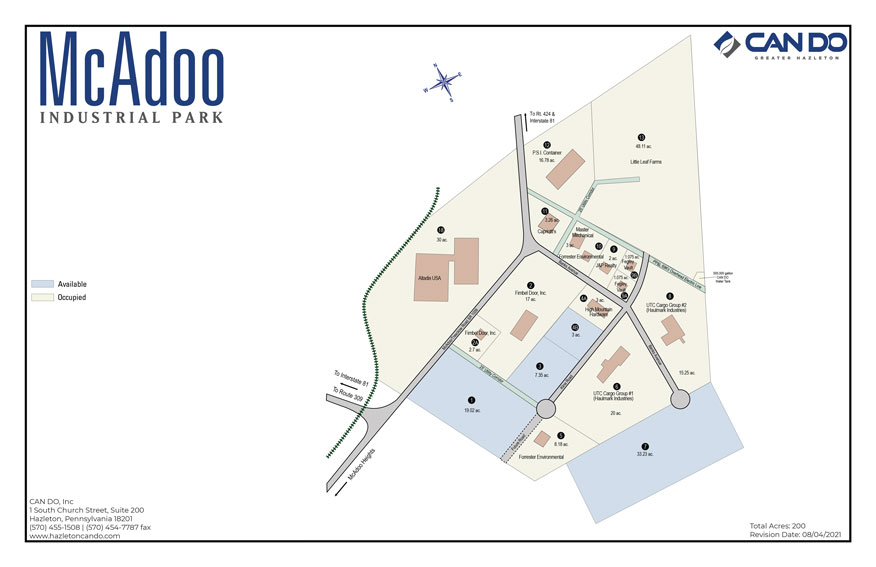