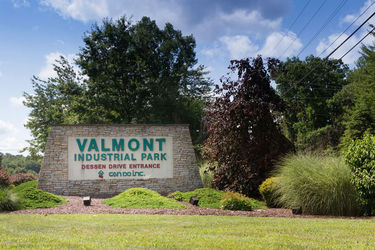 Yannuzzi said West Hazleton is preparing an application for a $750,000 multimodal grant from the Commonwealth Financing Authority to make upgrades to Rotary Drive. The funding would be used to fix issues with the roadway that are being caused by pipe erosion beneath the road. Restoration plans would include improvements to the drainage, roadway, pipe and the culvert on the east side of the roadway.

Applications for the grant, which would include a $225,000 match, are due at the end of July and will be awarded in November. If West Hazleton Borough is successful in receiving the grant, construction on the project would begin early next year. Officials are also considering applying for a Luzerne County Local Share Account (LSA) grant, which will be available in March of 2020.

In an update on the Jaycee Drive bridge, Yannuzzi announced that West Hazleton received more than $1.2 million in grant funding to rehabilitate the bridge.

He said the borough worked with state funding agencies to secure the $1 million multimodal grant, with a $250,000 match, and the $220,000 LSA grant. He added that assistance from Senator John Yudichak and Representative Gerald Mullery was instrumental in helping to secure the grants, as well as CAN DO’s work in obtaining letters from park employees supporting the grant.

As West Hazleton works to determine how to raise the funding to completely replace the bridge, Yannuzzi detailed the borough’s restoration plans to stabilize the bridge in the interim.

“Extensive work would be involved to totally replace the bridge and would likely cost between $2 and $3 million. The restoration plans include fixing the walls, upgrading the bridge transitions and doing other deck work to bring the bridge up to code. This would give 5-10 years of use before the bridge would have to be totally replaced,” Yannuzzi said.

West Hazleton is working with officials from UGI Utilities on relocating a gas line that runs under the wall of the bridge, and the Greater Hazleton Joint Sewer Authority is handling moving its sewer line from the area. Once this work is completed and the grant agreements are in place, the restoration work can begin. Currently, barriers are securing the bridge walls and have been effective in keeping them in place.

In other Valmont Industrial Park road work, Yannuzzi discussed options to patch areas of Dessen Drive. As it would cost $1 million to completely repave the road, Yannuzzi said West Hazleton is currently seeking grant funds to improve conditions at the intersection of Jaycee Drive and Dessen Drive and patch other areas.

In addition to the discussion on road projects, CAN DO officials provided information on the Engage program and the Pennsylvania Industrial Development Authority (PIDA) loan rates. CAN DO Vice President Joseph Lettiere said CAN DO officials are planning more visits with companies in the park as part of the Engage program, the statewide business retention and expansion (BRE) program that’s funded by the PA Department of Community and Economic Development. Lettiere said CAN DO uses the Engage program visits to build relationships with companies in the park, discuss any issues they are having with the park or their facilities and make the necessary connections companies would need to expand their operations. In the past year, CAN DO officials visited with nearly a dozen companies in its parks as part of the program.