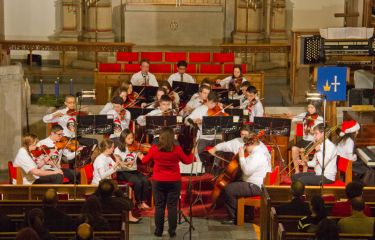 Hundreds of children and adults enjoyed a festive kickoff to the holiday season during the 23rd annual CAN DO Community Christmas on Wednesday evening.

Reading Blue Mountain & Northern Railroad will take over ownership of the rail infrastructure at the Humboldt Industrial Park beginning Jan. 1, 2016 through an agreement with the park’s owner, CAN DO, Inc., according to CAN DO President Kevin O’Donnell and Andrew Muller, Jr., owner and CEO of the rail company.

In addition to owning and maintaining all of the track, Reading & Northern will also provide service to all of the customers in the industrial park.

CAN DO installs ultraviolet disinfection system at its wastewater treatment plant 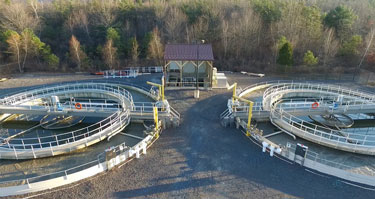 Working to eliminate chlorine from the disinfection process at its Humboldt Industrial Park wastewater treatment plant, CAN DO, Inc. recently completed a $450,000 installation of an ultraviolet disinfection system.

CAN DO began the planning phase for the ultraviolet disinfection system in 2013 in order to eliminate the discharge of sodium bisulfate and sodium hypochlorite into the waterways from the wastewater treatment plant. The plant is equipped to treat up to 1 million gallons per day of sanitary sewage. It serves only the Humboldt Industrial Park, which consists of 60 industries employing approximately 10,000 people at peak periods of the year.

CAN DO will host 23rd annual Community Christmas Dec. 2 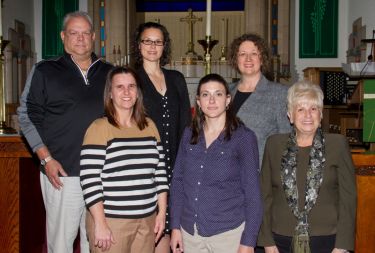 The CAN DO Student Action Committee is inviting the community to come together and ring in the Christmas season as it hosts the 23rd annual CAN DO Community Christmas on Wednesday, Dec. 2, from 6 to 7:30 p.m. at Christ Lutheran Church, Church and Green streets in Hazleton.

Area photographer Joseph Pecora was honored by the Greater Hazleton Chamber of Commerce and CAN BE with the 2015 Young Entrepreneur of the Year award.

CAN DO Director of Economic Development and Entrepreneurship James Kelshaw presented the award during the 15th annual Greater Hazleton Chamber of Commerce Business and Community Awards Luncheon.

Freeland Elementary/Middle School students donate to “Operation: CAN DO”

Freeland Elementary/Middle School was among the many area schools and businesses that helped the CAN DO Student Action Committee complete its most successful “Operation: CAN DO” drive to date.

CAN DO’s Student Action Committee received a record number of items and monetary donations from throughout Greater Hazleton as part of the 11th annual drive to distribute care packages to military members with ties to Greater Hazleton that will be stationed abroad for the holidays. Several Freeland Elementary/Middle School sixth grade Builder’s Club students took time Tuesday to pack up the food, hygiene and entertainment items for delivery to CAN DO’s office. They will be combined with the other donations and transported to American Legion Home Post Association 473 in Freeland on November 5. Legion members will create the care packages and ship them to soldiers, sailors, airmen and Marines.

CAN DO announces new PIDA products and loan rates as low as 2.50 percent

CAN DO, Inc., the economic development organization serving Greater Hazleton and beyond, announced updated interest rate options for Pennsylvania Industrial Development Authority (PIDA) products and loans for the 2015 fourth quarter.

The new rates are in effect for loan applications received through December 31, 2015.

Valley Elementary/Middle School students donate goods for “Operation: CAN DO” 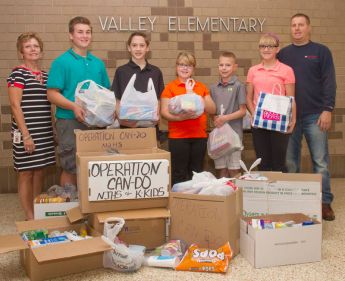 Valley Elementary/Middle School students in the Junior National Honor Society and Kiwanis International’s K-Kids service organization collected numerous boxes and bags of items for “Operation: CAN DO,” an annual project to collect food, entertainment and hygiene products for servicemen and servicewomen with ties to Greater Hazleton who are stationed abroad.

Those items will be added to donations from other schools, area businesses and individuals to create care packages that will be sent to troops in time for the holidays. All items will be delivered to the American Legion Home Post Association 473 in Freeland. Legion members will then make care packages and ship them to soldiers, sailors, airmen and Marines. This is the 11th annual “Operation: CAN DO.”

During her presentation, Jensen highlighted several funding options the CareerLink staff can assist businesses in obtaining that will help them defray the costs associated with training new employees.

Toohil updated the audience on the latest news out of Harrisburg including where the legislature stands in its efforts to get a new state budget signed. She shared her thoughts on the effects the budget impasse is having on human services organizations and other entities that rely heavily on state funding for their operations.