Full list of items appropriate for Operation: CAN DO donations

As part of its ongoing series of community service events, the CAN DO Student Action Committee is organizing the 10th annual Operation: CAN DO program to collect goods and funds that will be used to create care packages for troops stationed overseas. The packages will be delivered to troops who have ties to Greater Hazleton in cooperation with American Legion Home Association Post 473 in Freeland.

CAN DO student committee seeks names of soldiers for care packages

Thanks to students serving on a CAN DO committee, local military personnel stationed abroad can receive a care package this holiday season.

CAN DO’s Student Action Committee is seeking names of servicemen and women with local ties to send them packages as part of the 10th annual Operation: CAN DO, a collection drive of food, personal care and entertainment items for members of the military. 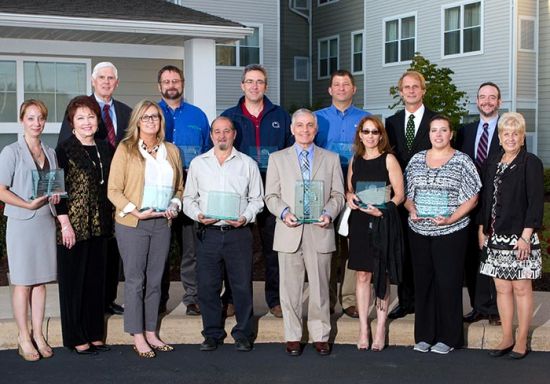 (September 18, 2014) – For the seventh consecutive year, CAN DO, Greater Hazleton’s economic development agency, presented its Curb Appeal Awards to industrial park tenants who have beautified and maintained the visual appeal of their properties.

The awards were presented to companies in Humboldt, Humboldt North, McAdoo and Valmont industrial parks and the CAN DO Corporate Center during an industry mixer held Thursday at Residence Inn by Marriott in Humboldt Station.

“The Curb Appeal Awards program was established to recognize these companies for the efforts they make in beautifying their properties. We want to recognize them for creating and maintaining the attractiveness of their facilities,” CAN DO President Kevin O’Donnell said.

CAN DO helps area businesses receive more than $2.5 million in loans

CAN DO, the economic development organization serving Greater Hazleton and beyond, has helped secure more than $2.5 million in funding for two northeastern Pennsylvania companies through new state low-interest loans recently approved by the Pennsylvania Industrial Development Authority (PIDA).

The loans include $2.2 million for DHD Realty to renovate a downtown Hazleton building and $285,000 for Pittston-based GT Fabrication, Inc., to buy a new facility that is located outside of the flood plain.

The approvals were announced by Gov. Tom Corbett as part of his JOBS1st PA initiative, supporting the continued growth of manufacturers and regional efforts to redevelop old and abandoned buildings for new growth opportunities.

CAN DO planning Curb Appeal mixer

CAN DO is planning its annual Curb Appeal Awards mixer to honor industrial park tenants who have beautified and maintained the visual appeal of their properties.

The program, in its seventh year, presents awards to companies in Humboldt, Humboldt North, McAdoo and Valmont industrial parks; Humboldt Station and the CAN DO Corporate Center during an industry mixer held in September at Residence Inn by Marriott in Humboldt Station.

CAN DO holds 58th annual dinner

CAN DO marked another year during its 58th annual dinner held Tuesday at Genetti Best Western Inn & Suites.

During last month’s annual meeting, the organization’s board of directors elected officers and at-large board members.

CAN DO student committee honored for supporting military 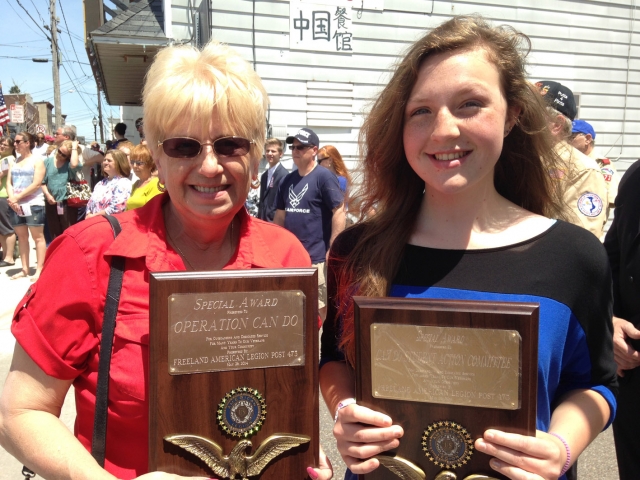 In 10 years, CAN DO has touched the lives of hundreds of servicemen and women from the Hazleton area who are serving in the military overseas. On Memorial Day, the economic development organization and its student committee were honored for their support of the military.

Each fall since 2005, CAN DO’s Student Action Committee holds Operation: CAN DO, a drive to collect food, personal hygiene and entertainment products for local military personnel. Items are collected at local schools and businesses, as well as at CAN DO’s office. CAN DO partners with the Freeland American Legion to execute this annual event, with the Legion receiving the items and shipping care packages to military members in time for the holidays. 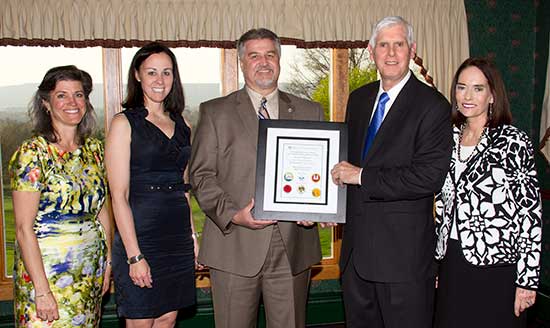 CAN DO President W. Kevin O’Donnell received the 2014 Distinguished Citizen of the Year award from the Anthracite District of Boy Scouts of America during the organization’s Hazleton Area Friends of Scouting Dinner on Thursday.

The Distinguished Citizen Award recognizes individuals who set a positive example for others and demonstrate selfless concern and care for their communities.

A road closure will be in effect on a portion of Oak Ridge Road in Humboldt Industrial Park next week.

The closure, which will occur Monday, April 28, through Wednesday, April 30, from 6 a.m. to 6 p.m. each day, will allow Oak Ridge Road to be milled and paved between Maplewood Drive and the new Cinnamon Oak Road approximately 1,000 feet to the west of the Maplewood Drive intersection.

Park employees are asked to use the western entrance of Oak Ridge Road off Route 924 to access industries located along Oak Ridge Road.

The project is weather dependent.

Law firm moves into CAN DO building

The law firm of Laputka, Bayless, Ecker & Cohn, P.C. has moved into new downtown offices in CAN DO’s Renaissance Center at Broad and Church streets.

The firm, the oldest existing law firm in Luzerne County, previously occupied the sixth floor of the Traders Bank building. It will now occupy approximately 3,500 square feet of office space on the third floor of the Renaissance Center.

“We wanted to stay downtown and remain a part of the Hazleton community. This office building gives us a very visible presence right in the heart of downtown Hazleton. And we are pleased to locate in a CAN DO building, having worked with CAN DO for many years,” said Attorney Robert Sensky, one of the partners in the firm. Sensky was also the attorney who assisted in the organization of the CAN DO Community Foundation. He presently serves on CAN DO’s board and finance committee and is legal counsel to the Greater Hazleton Clearinghouse Association, a group of banks with local offices that funded local development in CAN DO’s parks.