1964 – All-America City Award
CAN DO and the Greater Hazleton Chamber of Commerce spearheaded a campaign to obtain this important distinction for the City of Hazleton.

1970 – Honorable Mention, All-America City Award
Also coordinated with the Greater Hazleton Chamber of Commerce for the City of Hazleton. 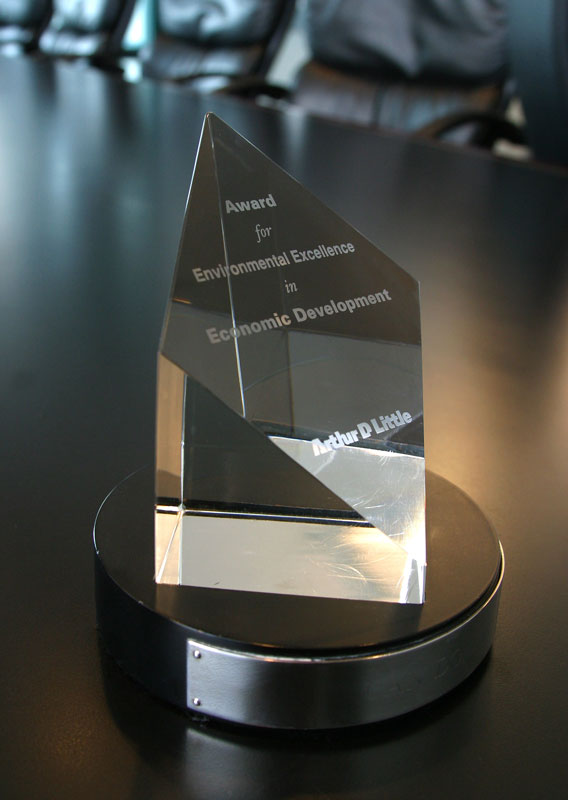 2000 – Northeastern Economic Developers Association Awards Competition
CAN DO’s Communiqué newsletter, the CAN DO website and a color advertisement in a national trade magazine were selected “among the best” in the Northeastern United States.

2006 – U.S. Green Building Council Leadership in Energy and Environmental Design (LEED) Award
For the 40 Azalea Drive property in the CAN DO Corporate Center.

2006 – TELLY® Award
The 50th Anniversary video and commemorative book also earned CAN DO a bronze TELLY Award, a highly coveted award presented for excellence in commercial and video production.

2009 – Northeast Economic Development Association Awards Competition
CAN DO received one Best of Class/Superior award (SiteLines newsletter), one Excellent award (Energy Solutions brochure), and four Merit awards (2008 CAN DO Annual Report to the Community, Communiqué e-mailed newsletter, 'What Vision … CAN DO' general purpose brochure, and 'Hazleton, PA is on a (Tootsie) Roll' printed advertisement).