CAN DO unveils strategic plan

CAN DO, Inc., Greater Hazleton’s economic development organization, released its strategic plan on Tuesday during its board meeting.

CAN DO President Kevin O’Donnell said, “To continue our progress as we move toward a future in which we will encounter different challenges, we set forward to determine a strategic plan for our organization. Although we recognize that we live in a rapidly changing world, we wanted to create a strategic plan to let others know the direction we are taking and hold ourselves accountable to staying on course.”

The strategic plan was developed in conjunction with consulting firm Tweed-Weber of Reading. Throughout the process, Tweed-Weber conducted extensive research of Greater Hazleton and sought input from community leaders, focusing on both qualitative data (personal perceptions, descriptions and meaning) and quantitative data (numbers and statistics).

The plan includes goals and strategies for meeting those goals as CAN DO continues its work to help improve the local economy and increase prosperity for the Hazleton area’s residents. In order to evaluate the effectiveness of and progress toward the goals of the plan, CAN DO will track certain measures of success, with the organization’s leadership team reviewing results on a regular basis.

Several companies in CAN DO’s industrial parks received CAN DO Curb Appeal Awards for the appearance and visual appeal of their properties.

CAN DO, Greater Hazleton’s economic development agency, presented the sixth annual Curb Appeal Awards on Thursday to industrial park tenants who have beautified and maintained their properties. The awards were presented to companies in Humboldt, Humboldt North, McAdoo and Valmont industrial parks and the CAN DO Corporate Center during an industry mixer at Residence Inn by Marriott in Humboldt Station.

CAN DO President Kevin O’Donnell said, “These winners deserve to be recognized for the efforts they have put in to creating attractive properties and continuing to maintain them. CAN DO appreciates the dedication of the Curb Appeal Awards winners to ensuring their properties look great.”

The CAN DO Community Foundation recently presented the fifth annual Joseph Yenchko Awards - scholarships named for the first CAN DO employee – to three area students to attend Ferrwood Music Camp.

Foundation President Gary F. Lamont announced that the awards were presented to:

CAN DO holds 57th Annual Dinner

CAN DO, Inc., Greater Hazleton’s economic development organization, marked another year during its 57th annual dinner held Tuesday at Capriotti’s in McAdoo.

During last month’s annual meeting, the organization’s board of directors elected officers and at-large board members. 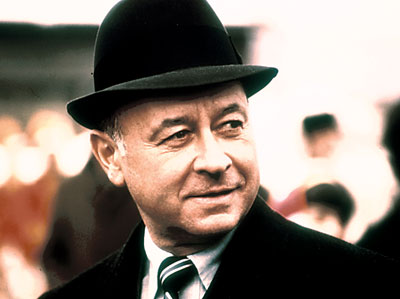 On behalf of the CAN DO staff, past leaders and our volunteer board members, we all graciously honor Dr. Dessen and his lasting legacy of contributions to Greater Hazleton, both as a caring doctor and an astute business professional.

Dr. Dessen was the driving force behind CAN DO's creation in the 1950s, believing in this area and its residents at a time when Hazleton's economy was in severe decline and the unemployment rate stood at nearly 23 percent. As president of the Greater Hazleton Chamber of Commerce, he noted the decline of the coal industry and came up with the idea – and name – for CAN DO when others said, "It can't be done." He chaired three fund drives that raised more than $2 million to establish CAN DO as the economic development organization serving the people of Greater Hazleton.

Since our founding in 1956, thousands of jobs have been created for men and women in the Hazleton area. CAN DO has developed Valmont Industrial Park, Humboldt Industrial Park (where more than 7,000 people are employed today), McAdoo Industrial Park, the CAN DO Corporate Center and Humboldt Station. Without Dr. Dessen and his vision, none of this would have been possible.

When it comes to Dr. Dessen, "thank you" can never say enough. We will miss his vision, drive and determination tremendously.

Kevin O'Donnell
President
CAN DO, Inc.

For the fourth consecutive year, CAN DO, Greater Hazleton’s economic development agency, presented its Curb Appeal Awards to industrial park tenants who have beautified and maintained the visual appeal of their properties.

The awards were presented to companies in Humboldt, Humboldt North, McAdoo and Valmont industrial parks and the CAN DO Corporate Center during an industry mixer held Wednesday at Residence Inn by Marriott in Humboldt Station.

A New York company that was founded in 1997 out of the trunk of a car and has grown to be one of the top 10 online cigar retailers in the nation is moving its operations to the CAN DO Corporate Center in Drums.

CAN DO Director of Administration Nancy R. Stasko has been selected as the recipient of the 2011 Greater Hazleton Chamber of Commerce Athena Award, sponsored by Berger Family Dealerships.

The Award, presented each year to a Hazleton Area businesswoman “for outstanding professional achievement,” will be presented at the 119th Annual Meeting of the Greater Hazleton Chamber of Commerce. The dinner meeting will take place on Thursday, May 19th at the Genetti Best Western Inn & Suite Hall of Presidents.

CAN DO and the Valley Country Club co-sponsored an industry mixer at the country club Wednesday.

Leaders from various companies throughout Greater Hazleton attended, mingling with fellow business representatives. The event was chaired by Charlie Burkhardt, CAN DO Community Relations Committee chairman.

Marine thanks students for care packages

A local Marine who recently returned from an overseas tour visited Freeland Elementary/Middle School Friday morning to speak to the students who helped collect items for a care package through CAN DO and the Freeland American Legion.

Marine 1st Lt. Jeff Broyan received a care package through “Operation: CAN DO,” a drive organized by CAN DO’s Student Action Committee and coordinated through the Freeland American Legion to provide entertainment, personal hygiene and food items to servicemen and women serving abroad. Freeland Elementary/Middle School’s Builders Club is among the groups across Greater Hazleton that collects items for the troops.